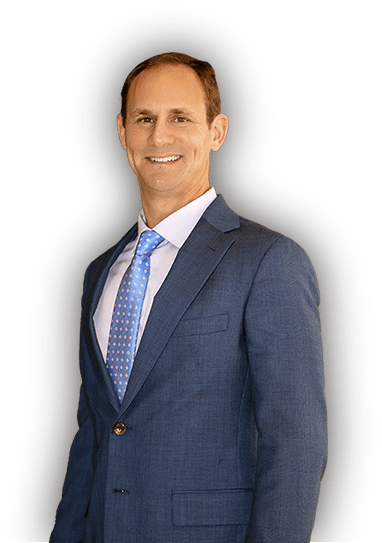 The Ellsley Law Firm has represented family members of victims who have paid the ultimate price due to the recklessness of the aviation industry. Whether there is a failure to design an aircraft component part in accordance with Federal Aviation Administration Air Safety Regulations, a carelessly maintained airplane so deficient in its flight control system that it is not even remotely airworthy, or a failure to check pilot credentials such that an aircraft is provided to an inadequately certified pilot who does not pay attention to other airplanes in the same airspace, our Plantation plane crash attorneys have successfully fought the battles against those for-profit companies responsible for these tragedies.

There are a variety of legal issues that often arise after a plane crash. The main reasons that air crashes occur are pilot error, mechanical failure, or manufacturing defect. The Federal Aviation Administration regulates the operation, maintenance, manufacturing, and design of all aircraft registered within the United States. The FAA has strict requirements for pilot flight time, medical certification for pilots, and the issuance of continued airworthiness directives by engine and airframe manufacturers. These regulations promote proper and safe maintenance of even the oldest aircraft.

Unfortunately, there are a dangerously high number of persons and companies within the aviation industry that simply ignore these safety rules so that they can pocket extra money. Simply because an aviation company has been granted a certificate by the FAA does not mean that it operates safely. Sometimes it is just a matter of time before a tragedy happens and the FAA finally catches on to the offender.

In just one example of this, The Ellsley Law Firm successfully represented the widow of a man who was killed in an air crash in Ohio. He was piloting an aircraft so recklessly maintained by the company that the FAA actually revoked the company’s operating license immediately after this incident. The company did not fight the charges. Concurrently, there was a tragic failure on the part of the multinational corporation that had assumed responsibility for updating the maintenance procedures for the very old aircraft. This company failed to comply with federal regulations requiring it to provide that particular maintenance company with updated instructions for maintaining the aircraft. This despite a similarly-caused accident more than a decade earlier after which the multinational company had promised aviation authorities that it would update the maintenance manual to fix the ongoing problem.

Other issues that must often be addressed are jurisdictional, that is whether a Florida court has the lawful authority over a person or entity responsible, and forum non conveniens, that is whether the Florida courts are the most convenient for all parties involved given where the witnesses and evidence might be located in a particular case. It might be surprising to realize that even if a company operates an airplane in Florida and does all of its business in Florida, simply because the accident occurred in another state, a Florida court may determine that it is more convenient for all parties involved to have the lawsuit be litigated and tried in the state courts where the incident occurred despite none of the parties having any true connections there.

Regardless of what may initially appear to be the main contributing cause of the air crash, an experienced Plantation or Pembroke Pines aviation accident attorney will need to retain an expert to interpret radar and consult with an aviation accident reconstruction engineer so that all of the evidence (the radar data and the physical wreckage) can be effectively analyzed and a cause can be determined. Contrary to popular belief, the final conclusions and determinations of the National Transportation Safety Board are not permitted to be presented to a jury deciding a civil lawsuit arising from a tragic event.

This is exactly why victims of such tragedies need highly-qualified injury attorneys who have successfully litigated all types of aviation cases. The Ellsley Law Firm represents all of South Florida, including Plantation, Pembroke Pines, Davie, Weston, Lauderhill, Cooper City, Sunrise and Hollywood.

At The Ellsley Law Firm, you won't pay a penny unless we prevail. Call us to schedule a no-obligation consultation to discuss your case.